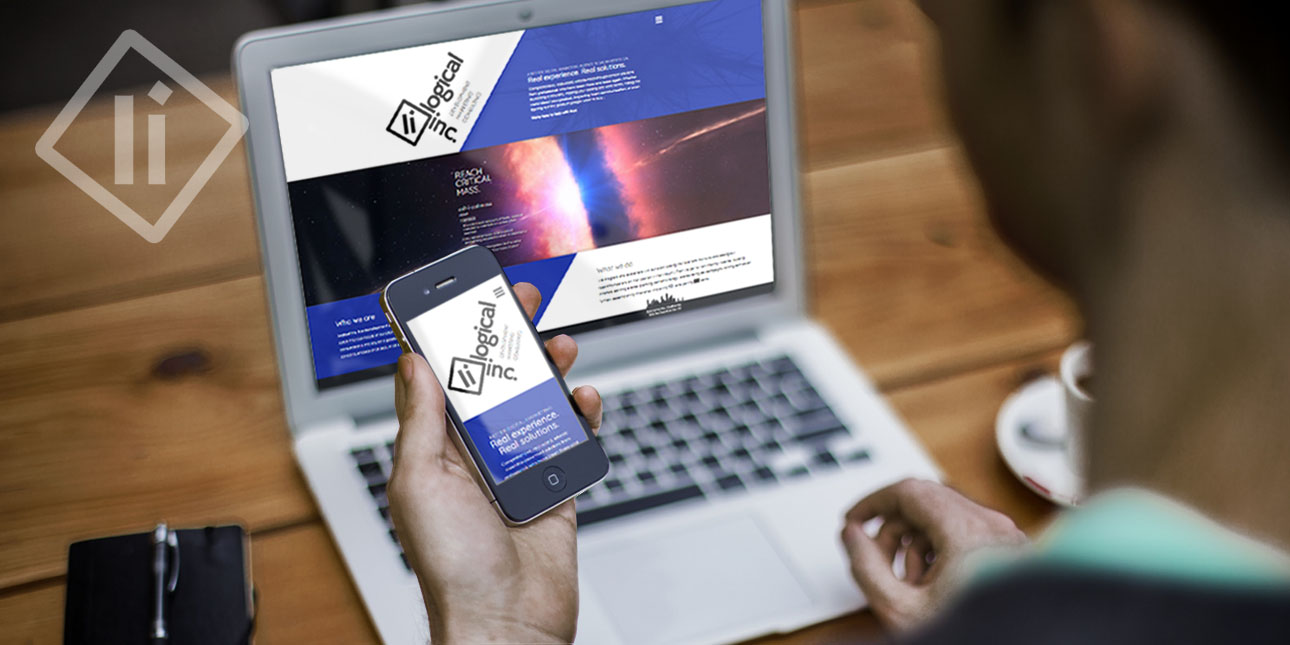 Whether you’re in the industry or run your own business, you likely have heard the buzz words ‘mobile-first’ at some point in the last few years. Around 2014, a trend began in our industry where web designers and businesses wanted to highlight the mobile version of their website more so than the desktop version – thinking along the lines of “the world is going mobile, let’s put our focus there instead of the desktop.” Thankfully, this trend, like most others, has subsided as time progressed, though there still are those that will hang on to the idea and persuade those who don’t have the experience to know better to go forth with mobile-first. So, if you are considering a revamp of your website or even starting a new business now, or wondering why the current desktop version isn’t getting the attention you desire, read this article to understand and consider the problems that arise from a mobile-first action plan.

You may have previously had the misfortune of using a website on a computer that was originally created for the mobile. Maybe you just thought there was a glitch. Here’s the likely actual reasoning…

Cell phones and tablets have smaller screens than a laptop or a pc. Therefore, when a website is created with the focus for the mobile, it is inherently flawed on the bigger display monitors. A mobile-first website is not responsive when it is expanded to a larger screen. In other words, when you expand something small into something larger, content becomes disproportioned and misplaced. If you’re a human that has lived in the 21st century, you must have encountered what happens when there’s a really small photo on an electronic device – zoom in and the photo becomes very blurry and pixelated, resulting in a low quality image. There are very few file formats that let you enlarge a small photo without any loss of data or quality. The same applies with web design for mobile-first. It just doesn’t work when you blow it up. Therefore a choice must be made: change the design for the desktop version from the mobile one, creating more work, time and energy, or establish the desktop version first and make things much simpler by then just converting that to the mobile.

Mobile-first should come with a warning label: Caution! May cause a lot of wasted space, blurry images, and higher bounce rates!

A desktop version created first is more responsive to mobile than the other way around. From a web design and development perspective, it is easier and more logical to remove content transitioning from desktop to mobile, than to add it back in later when you transition from mobile to desktop.

What can a poor user experience mean for business? When considering mobile as the starting point, the costs must be weighed. If an unpleasant UX or UI (user interface) is designed, there is a chance of higher bounce rates, less click-through-rates, and lower credibility for the business. This can hurt the company’s search engine optimization, causing them to rank lower on web searches creating less web traffic, and then potentially less customers.

Note: While there are industries where mobile first would be a better route to take, they are few and far in between. Even if the data and metrics are showing that mobile use is leading for a specific business or industry, it is still suggested to not design mobile-first as it would still run the chance of losing those who are using a desktop. However in these cases, it is acceptable to put more resources into the mobile UX (i.e. spending, monitoring, management). Additionally, mobile-first is justified when an ad is specifically marketed towards mobile users, for example, when they are in a location that someone is more likely to be using a mobile device.

The best way to combine the desktop and mobile versions is going to take some configuring by the web designer/developer during the creation process. They should be taking the time while designing to ensure that features continue to function as the size of the screen shrinks or enlarges. This will include trial and error, but that’s all just a part of the job we’re hired to do and it’s a challenge we enjoy facing!

Ultimately, the goal is to have a harmonious website that can be as small as an iPhone 5 or as large as a smart T.V. without sacrificing a great experience for the user. We predict there will always be large screens, at least for a very, very long time from now. With more people working from home than ever before, as people are browsing the web, and can now even search the web on a television, we at Logical Inc. say “Desktop first, mobile second!” (given it’s not the exceptional industries).